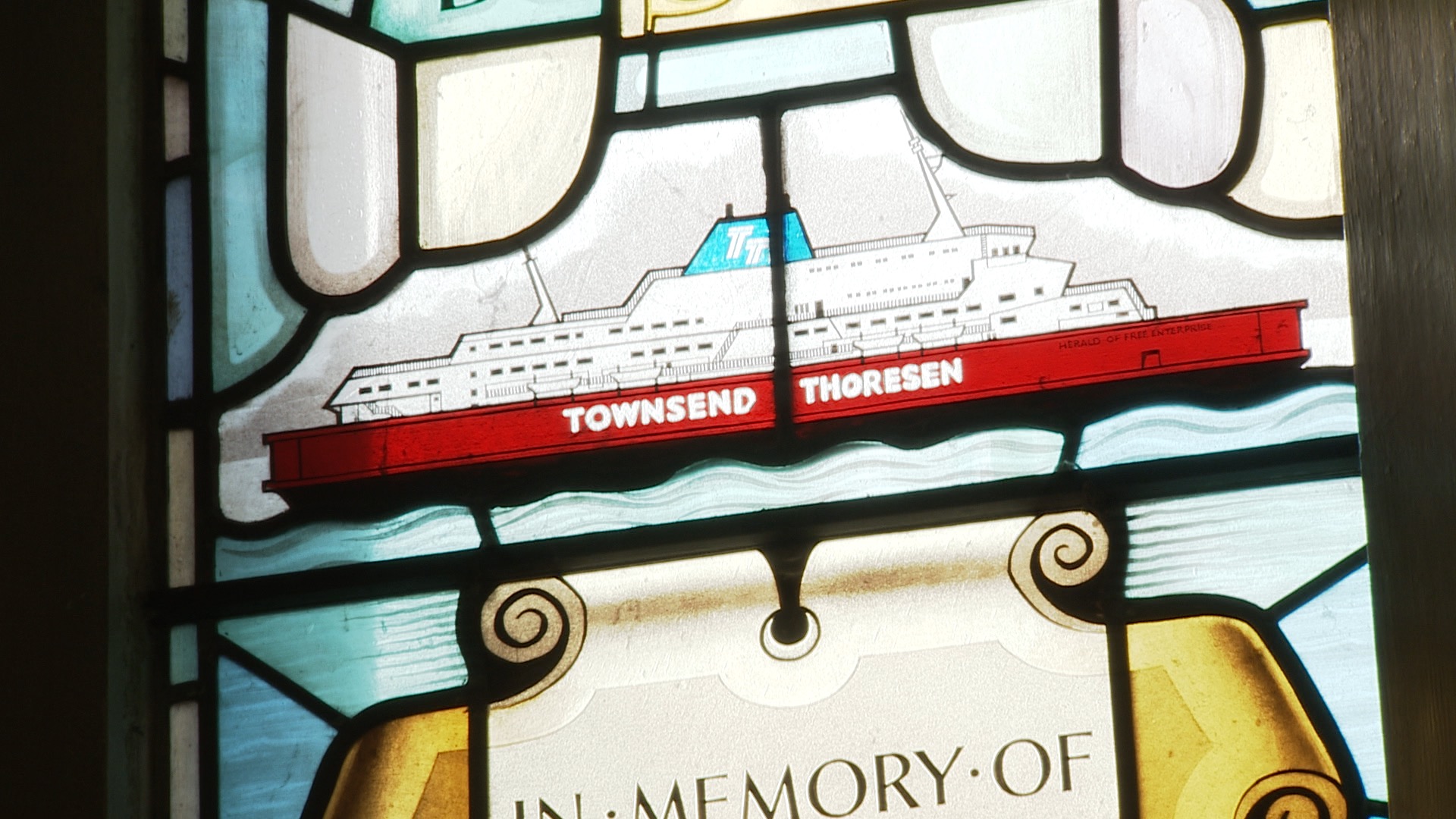 The Cross channel ferry Herald of Free Enterprise capsized minutes after leaving the Belgian port of Zeebrugge on the 6th March 1987. The tragic events that night resulted in 193 passengers and crew losing their lives in what was the biggest peacetime maritime disaster since the Titanic. Commemorations were held this weekend in both the ports of Zeebrugge and its intended destination of Dover and I was tasked by ITV News to be their shoot edit to cover both events over two days. Working with Geraint Vincent and Fran Infante we attended the Sint – Donaaskerk H.Missen church service in Zeebrugge on the Sunday and then a quick trip to Dover for their ceremony at St Marys Church the following day.

I was only 9 when the disaster happened and couldn’t remember anything from that day but covering this story now has been an education for me into one of recent history’s terrible disasters. On both sides of the Channel we met wonderful people who were profoundly affected by the events that unfolded on that fateful day in 1987. In Zeebrugge many of the locals were bravely rushed into action as rescuers and first aiders, risking their own lives, and on this side there was so much pain and loss as the families and friends of the people who perished had to come to terms with such terrible sorrow.

In Dover I had the pleasure of meeting the lovely Judith Powell who was the mother of Michael Skippen, head waiter of the ship, who died after repeatedly saving many of the other passengers and staff that night. On such an emotive day she took the time and patience to give me a quick interview on the dockside. As you’ll see in the piece below we also met Lisa Francis and her family, she was orphaned when her father, mother and grandparents were all killed and yet she survived.

Once again this job has provided a very privileged view into people’s lives. Many are even now still coming to terms with their loss and despite their grief they graciously allowed the press share their day with amazing decency and humility. Unfortunately we only had just over 2 minutes for our edit each day so it was impossible to include every interview and our short VT’s only touch the surface of the events held but hopefully they give the story some justice.

This piece was our evening news edit on Monday 6th March which also ran on the News at Ten.