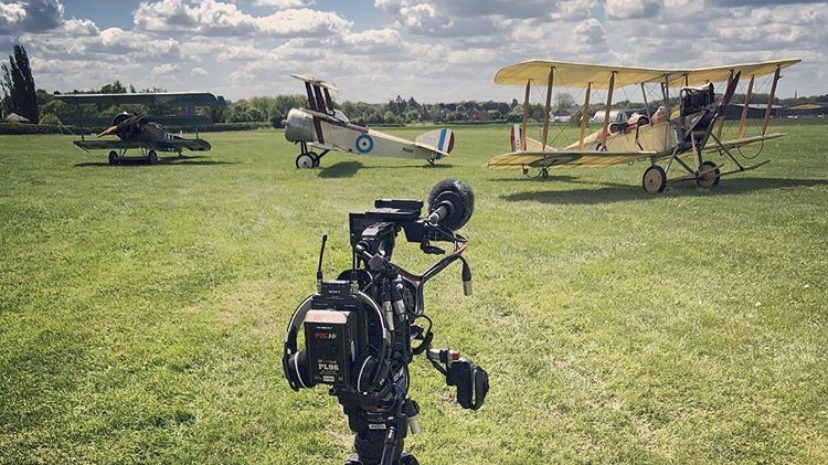 This was one shoot that I’m particularly proud of and very lucky to have been asked to contribute to. BBC News Correspondent Sophie Raworth traces the story of her pioneering grandfather who was one of the brave pilots who flew in the RAF during the First World War.

I had the pleasure along with Julius Peacock of filming some elements of this lovely documentary directed and produced by the amazing BBC correspondent Robert Hall @roberthallnews. I filmed the elements where Sophie was at the airfield towards the end of the film when she went up in the aircraft watched by her dad and I shot all of the recreation, dramatisation shots. It was the first time that I had ever shot a re-enactment of any kind and it was really have the vision to see what was needed but I think it worked out ok in the end. Julius did a wonderful job on all the rest of it.

It’s not very ofter that one gets to be near one of these beautiful planes let alone climb aboard and stick clamps and GoPro’s all over them, what a privilege.

This next piece I edited with Robert on the day of the RAF 100 years celebration.

Follow @leedurant
Followers: 1073
Lee Durant @leedurant
1 day ago
I think my Lockdown OCD is starting to get to me!! 😳😬 https://t.co/TVdntx0ZUq
View on Twitter