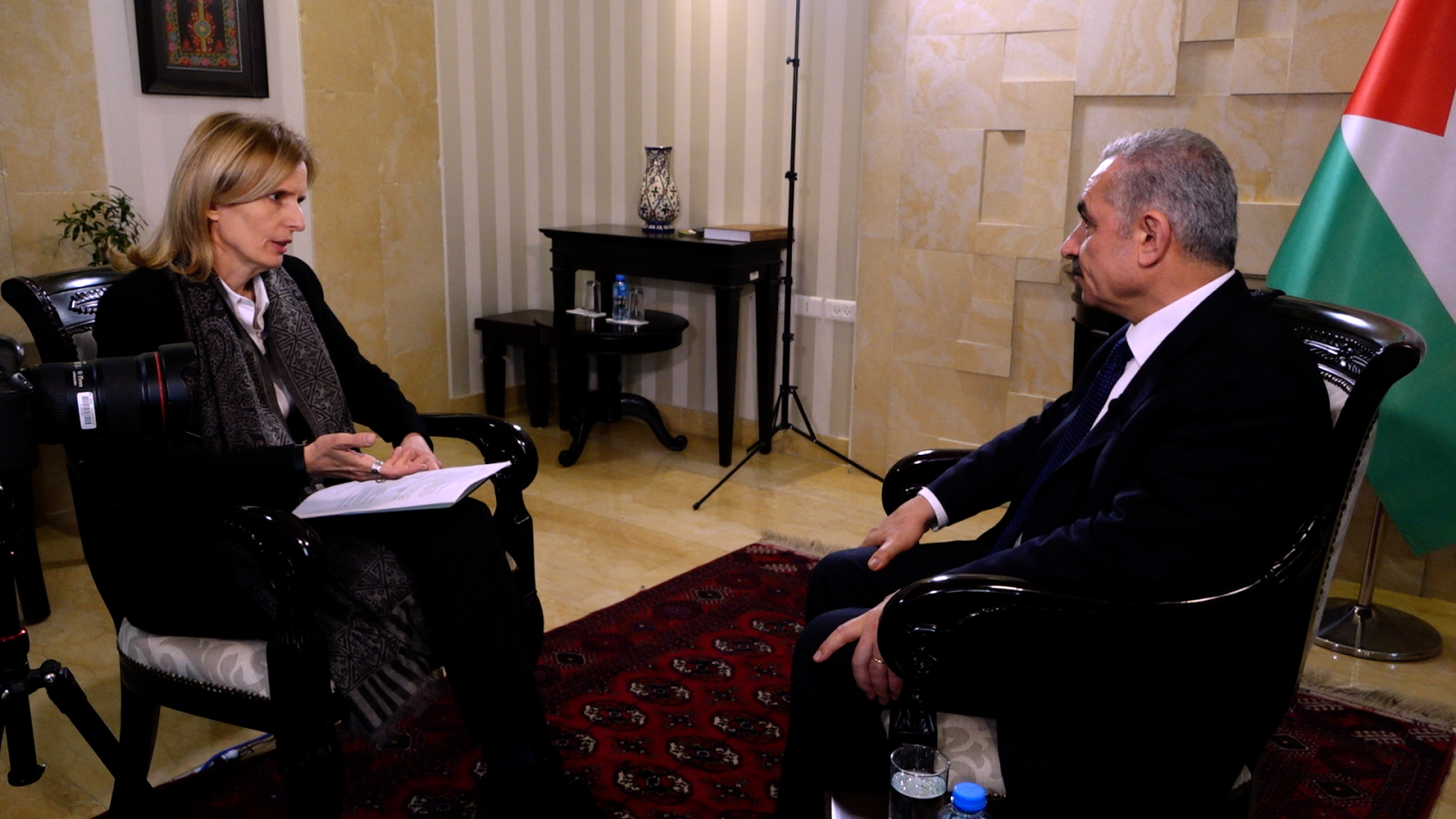 The Palestinian Prime Minister, Mohammad Shtayyeh, has warned Israel that if it annexes any occupied Palestinian territory all agreements between the two sides would be terminated, including co-operation on security. Under President Trump’s Middle East plan, unveiled on Tuesday, Israel would be free to annex its settlements in the occupied West Bank.
Speaking to our correspondent Orla Guerin in Ramallah, the Prime Minister denied that the Palestinians had missed an opportunity by unequivocally rejecting the plan.

This shoot was conducted in the West Bank after the US and Israel agreed to the so-called deal of the century. The Palestinian authority predictably had issues with the plan and in response their Prime Minister agreed to an interview with Orla to state their position on the matter.

Filmed as a two crew shoot I went along with our Jerusalem based fellow shoot/edit Jimmy Michael. We used four different cameras that were not profile matched so although I had tried my best to match them in post it was an on the day edit so there was limited time before TX to match them perfectly. It does go to show that an interview on its own can look interesting the more shots you can get, also it allows for more flexibility in the edit.

The above image is a screen shot of the finished edit in Final Cut Pro X.