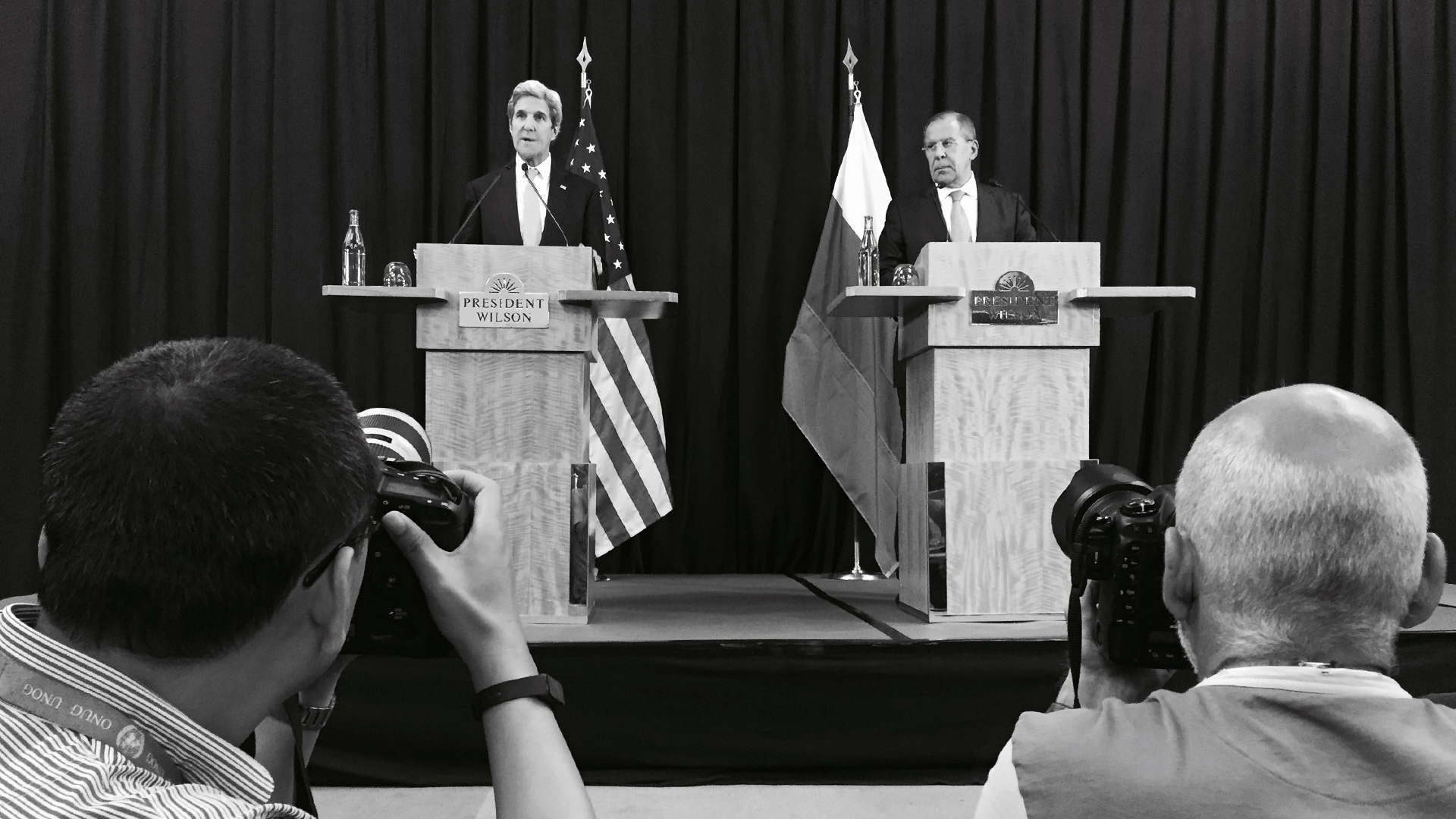 Last weekend I was deployed by BBC News to a gloriously sunny Geneva where the Americans and Russians were talking ceasefires in Syria and trying to thrash out a peace deal. I deployed with James Lansdale and Mark Georgiou to switzerland at fairly short notice not actually knowing until the last minute whether senator Kerry was going to be arriving for talks at all.

The first day after landing the night before we had to do a live for the Today program as soon as we woke up using the WMT, we then had to film and send in a TV rant from James to keep the network happy… Then to the main effort of finding a decent spot in the press pen, and preparing for a long wait in the sunshine!

22 hours from start to bed the Friday included one of the longest and most tedious doorsteps I’ve done in a while… The Russians and Americans finally struck a deal during the late evening on Friday night and  A long long wait outside the hotel followed by a long wait inside the hotel. With the Americans providing the pizza and the Russians bringing the vodka, we finally hit the ground running when the two main negotiators walked in! They announced that a ceasefire could be achieved providing all the players in the region agreed with terms…

If only they’d announced the result before the ten we’d have been top story! (Oh well) Late night lives, bed at 4am after sending in track and rushes… 3 hours kip… up at 7 local to do breakfast hits for the today program, world radio, 5 live and Breakfast TV!

Luckily we did get on that flight. To be honest we all thought that deal wouldn’t come but it goes to show that no matter what, in order to record history you have to be there to witness it in the first place… Only time will tell if a lasting Peace in Syria can ever be achieved but let’s keep hoping so.

Here is a link to a report on the BBC News website by the BBC’s Washington Correspondent Barbara Plett Usher The war in Syria: Behind the scenes at the US-Russia talks in Geneva where she  expertly describes the events of that night.