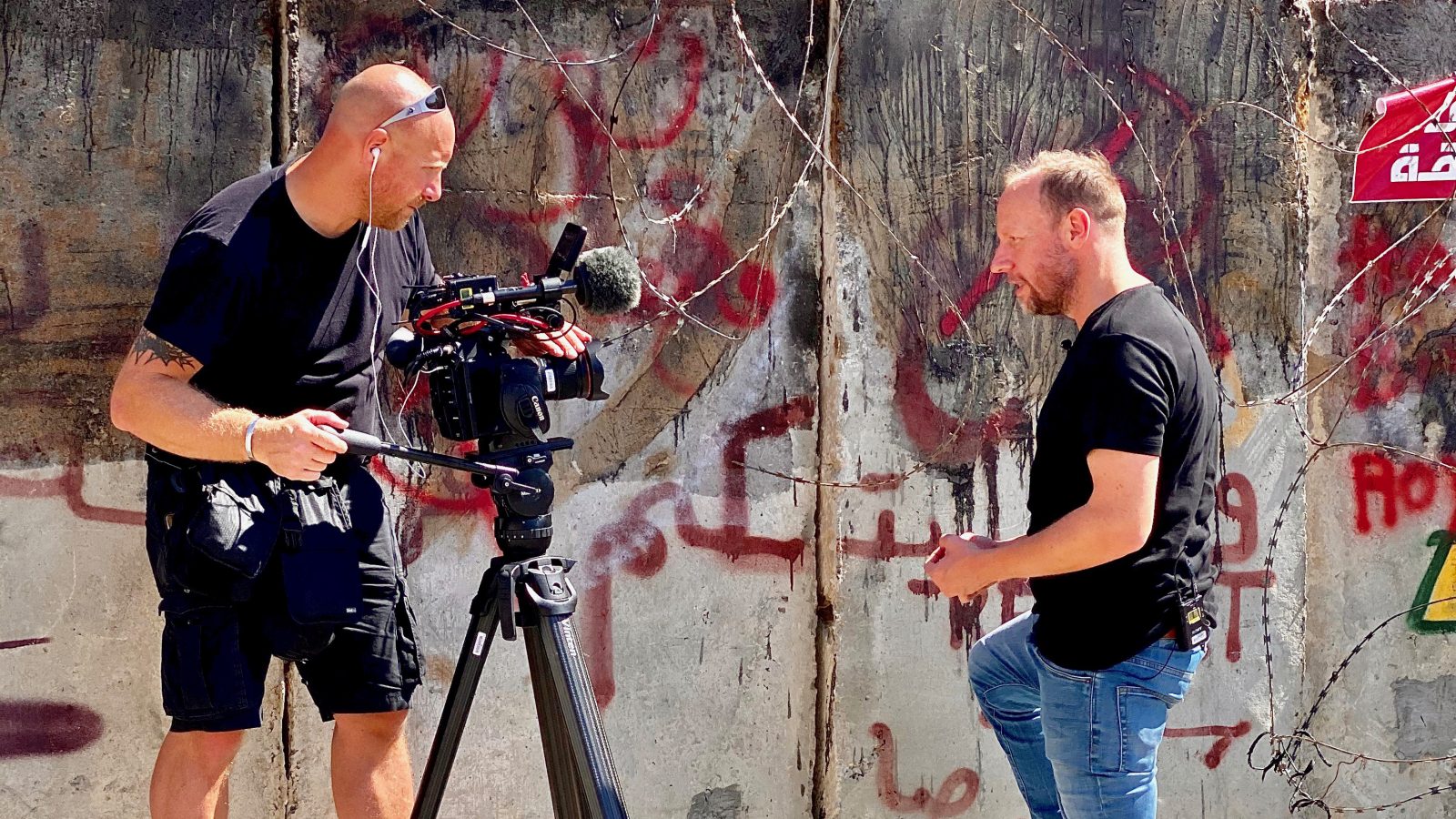 On August 4th the Lebanese capital Beirut was hit by a man made disaster. An explosion so devastating great swathes of the city were destroyed. In that instant nearly 200 people were killed, over 6,000 were injured and 300,000 people were made homeless. A country already on its knees financially, with a collapsing economy, mass unemployment and a hugely de-valued currency this devastating event could not have happened at a worse time.

The explosion was captured on so many cameras and mobile phones it gave the world a first hand account like no other. Our bureau was hit smashing windows and wrecking the interior of the office. Some of our own colleagues had their homes wrecked and were injured.

This had happened in our region… To our friends and colleagues… The BBC deployments machine kicked into action and we went to support our team.

At that time speculation was rife. What had happened?… Was it a tragic accident of some kind?… Had Israel attacked a military target at the heart of the Lebanese port, maybe overestimating the amount of force needed?… With tensions always high in the region anything was possible. As it turned out over 12,750 tons of confiscated Ammonium Nitrate (Fertiliser) had blown up in an instant in the warehouse where it had been stored for 6 years.

In this strange mid-pandemic world deploying to a disaster isn’t as straight forward as it used to be 2 flights and 2 covid-19 tests in 24 hours and I was finally there to join the gathering team. This was the first major foreign deployment since the pandemic started and we were all feeling our way through it.

Quentin, Robbie and Pete were in the midst of packaging for that nights Ten. The Beirut based team who had all lived through the explosion had been working non stop since it happened and hadn’t had a moment to gather up their shattered belongings because they had been covering the story non stop. The incoming members were hopefully welcome relief.

My first edit while there was for Quentin the day after I arrived, we were producing a package for the Six and Ten as both bulletins were running the story. Here is our package for the Six. The bits of this package with Quentin were filmed by me but all the stuff from the hospital with the plastic surgeon were filmed by our intrepid digital producer Rachael Thorn @_rachaelthorn.

For Tom’s piece the next night the opening shots we took from BBC Arabic who did a great job at the vigil, the PTC was from me and the two case studies and the end shots were filmed by Robbie Wright.

Born without a father… The piece at the very top of this post was our in depth digital offering that went on the BBC website a couple of days before the deployment was over for our team. It took us 3 days to film and 2 days to edit but it gave us a better chance to really study some of the characters who had been affected by this event and to try and tell the wider story of how every community was touched by what had happened. Excellently produced by @_rachaelthorn, fixed by our excellent fixer and drone pilot @rabzthecopter, this was the kind of piece @tombatemen and have started to do more of together. While in this beautiful city we met so many lovely people… People who were willing to wear their heart on their sleeves and tell us their story.