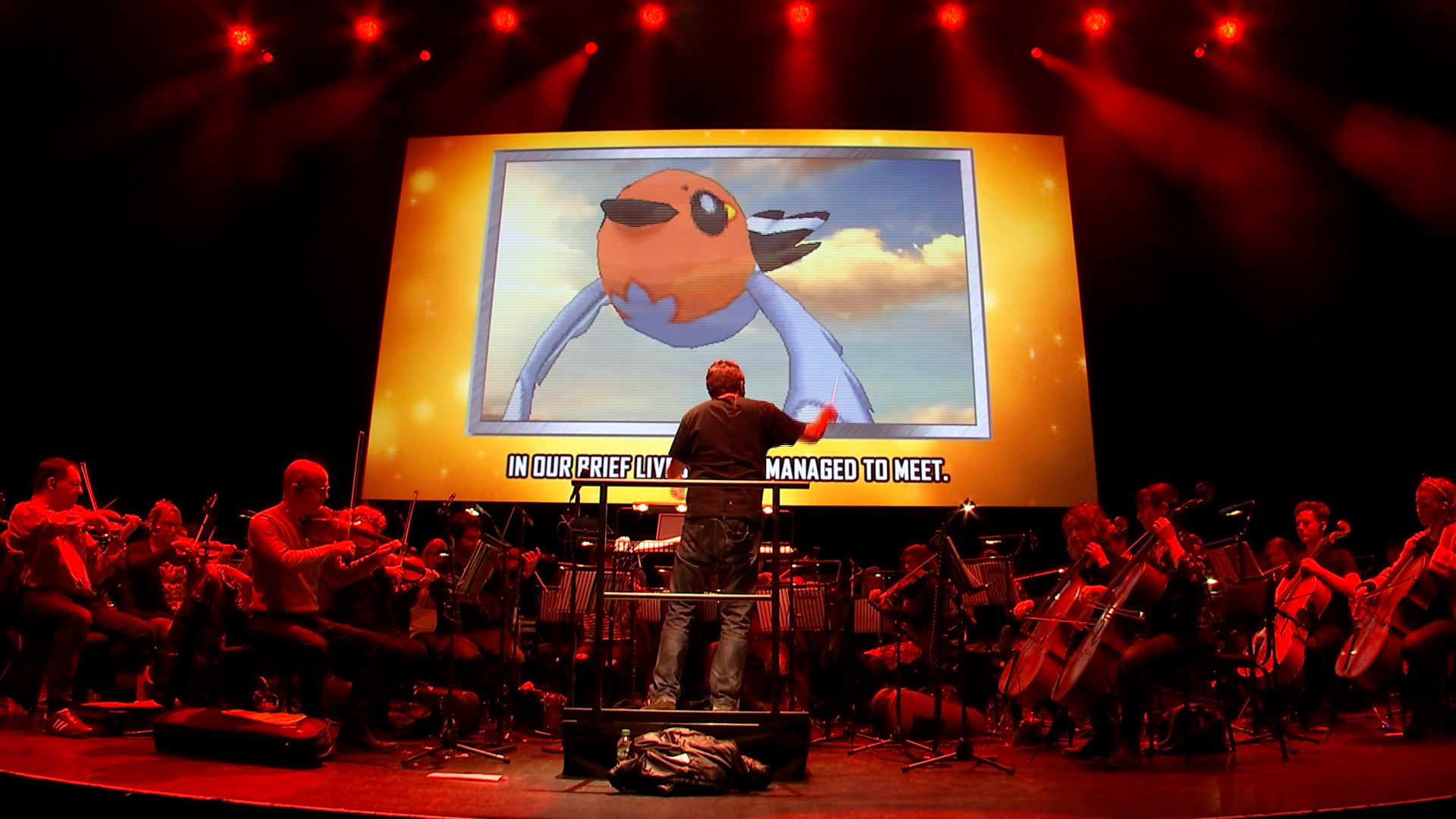 I had a wonderful experience earlier today filming the London Philharmonic Orchestra for ITV News with Producer Lucia Walker and Correspondent Sally Lockwood. The Orchestra were practicing ahead of two nights of performances at the Hammersmith Apollo playing songs from 20 years of Pokemon games.

I was really looking forward to it being tonight’s ‘And Finally’ story on the News at Ten but unfortunately two breaking news stories this evening (an assassination and a terror attack) have meant that our story has been dropped and won’t be on the program. Working in news you get used to the odd let down when stories don’t make the bulletins but it’s still disappointing, however when more important stories like tonights ones hit the headlines a shift down the pecking order can’t be helped.

So just in case anyone’s even vaguely interested here are a few screen grabs from our footage to show you all what you’ve missed out on!

Interviewing the Conductor of this strange show.

It’s a challenge recording sound for a PTC with a full orchestra playing in the background!

These two actually make a living YouTubing about everything Pokemon